The Reason is You by Nikita Singh- Book Review 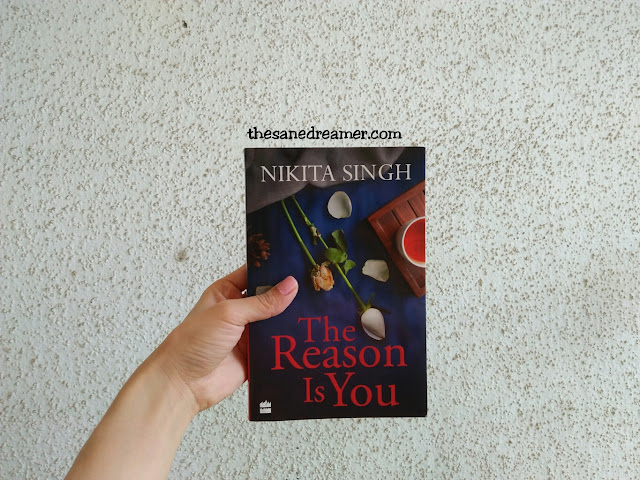 “This is a novel told from the perspective of its male protagonist. It is about being in love with someone who is struggling with depression, and how that affects the person taking on the role of a caretaker in a relationship. The story further explores how mental health issues still have this societal stigma attached, and how their symptoms tend to get overlooked or even dismissed.” – Nikita Singh

About the Book
Siddhant meets Akriti during their medical residency in Delhi. Their connection is instant, blossoming from the many similarities between them. So, when Akriti faces a devastating loss, she leans on Siddhant for support. In the heat of an emotional moment, the two decide that this must be love. But as Akriti's depression begins to take a stronger hold over her, she spirals out of control, sinking deeper into an abyss of fear, insecurity, and rage. And while Siddhant struggles to help her, it seems like everything he does is only making things worse. Meanwhile, Siddhant's life gets further complicated when Maahi, his ex-girlfriend whom he never stopped loving, re-enters his life. Nikita Singh returns with a stirring story - exploring emotional health, the boundaries of traditional relationships and second chances.
My Take on the Book
Talk about anxiety and mental illness, which we often fail to give more importance. Nikita Singh, the author of 'Letter to my Ex' covers the much talked about, but hardly taking seriously- mental illness, in her new book 'The Reason is You.' The female character Akriti is going through a struggle in life after the death of her father, she is unable to cope up with the loss and she goes through a mental breakdown which slowly seemed to take over her life and goes on to ruin the relationship with the people she love. Siddhant, on the other hand is trying his best to put Akriti back on track, but as we know mental illness is something which is beyond the control of the person suffering. And, that’s when the trouble in the relationship between two people in love begins.
The hard-hitting book with a deeper message by Nikita Singh truly captured my interest and I happened to finish the book in a single sitting. The writing is clear, meaningful and is not stretched. This is the 2nd book which I read from the author and I could say with no doubt that she really is a great storyteller.
The Reason is You deals with the subject of love and its consequence, which includes a lots of ups and downs when a mental issue is involved.  I could see that the author's idea to address such a sensitive topic was done with a lot of research and even more personal thoughts put into it. The characters are sunk into the plot line, delivering a concise message of how it feels and what it takes for someone to go through mental trauma that is beyond one's control.
The author has beautifully woven the story in such a way that the message of depression is clearly conveyed to the readers, with a mix of love and complicated situation involved. Not just with people who have depression and anxiety issue will be able to relate it, but a person without it will be able to feel it via Akriti's journey and her inability to have a control over it. On the contrary, the only thing I was upset about the story line was how Siddhant, the so-called partner of Akriti did very little from his part in helping Akriti's deal with her battle.
Coming from the bestseller herself, Nikita Singh’s ‘The Reason is You’ talks about the topic on emotional health, second chances, and heartbreaks. It is a compelling love story which includes raw emotions and real relationship. The book is not just another love story but also an honest story with deep meaning about real people living in the real world. The book surely explores the boundaries of contemporary relationships. Here is a book which will inspire you and help you learn to live and to love through emotional and mental turmoil.
Grab a copy of ‘The Reason is You’ to find out the story of Love in the world of emotions and mental breakdown.
Book Details
Title: The Reason is you
Author: Nikita Singh
Pages: 244 pages
Publisher: Harper Collins India; 1 edition (16 February 2019)
Price: ₹199 (paperback)
Language: English
ISBN-10: 9353026695
ISBN-13: 978-9353026691
My Rating: 4/5