Pokemon Go: to Go or not to Go? 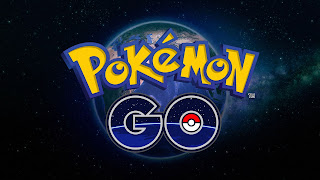 Not even a month since its release and people are going crazy over the new launch of Pokémon Go, a location-based virtual mobile game developed by Niantic. It topped the chart for the most downloaded app. However, after much hyped up scene over this famous game, I still can’t decide whether to download and try the game or not. I am skeptical about the way things have turned out and after what people have gone through to the extent of breaking into others place, falling off the cliff, getting hit by a tree etc in search of the rare creatures where you have to find, catch and train the monsters.
Here, I have 4 reasons over whether to Pokémon Go or not to Go.
1. A great walking exercise but you might wander away – Since the game allows you to walk around in the neighbour in search of the creatures, it makes a good excuse to stay away from becoming a couch potato. But, there are also certain chances of you wandering away from your own neighbour looking for 'pokestops', as the monsters are placed in various locations. I had a friend calling me last week saying she has wandered off from her known location and now she has no idea where she was. Luckily, Google map came to her rescue. So, on that note I don’t think am quite good at remembering places to go places looking for Pokémon’s.

2. Addictive enough to drain all your Smartphone battery- As I leave my home, I see number of kids and older man with their heads on the phone, they are often in groups discussing which species they have captured. They are constantly staring on the phone, unaware of what’s in front of them, surely an addictive game I must say. Although they seem to be complaining about how it drains all the battery. And, I certainly need some energy on the phone for my snaps stories too right?

3. A great way to socialize? Virtually? - It does help you to communicate with follow players and mingle with them. In short it let you come out of your bubble and socialize with others. But, I am not quite sure if that is the way to socialize i.e. everyone staring on the phone and talking about catching virtual animals. Bridging the communication gap through a game? Hmm...

4. New experience, risky though- The game offers a real different experience, it is an adventurous activity to travel places outside your house, neighbour and interact with other gamer. But, it also come with its own cons, you play it on your own risk. It takes you to unknown places as you keep your eye on the phone, there are chances of been getting hit by a car or by a tree as I mentioned. News of people coming across dead body, getting lost, while some falling off a cliff and some breaking into others property has taken over the headlines. Adventurous or how? Risky it is.

So, if you are still confused whether to try the game, maybe you need to think about it wisely. Read about the pros and cons and take proper precaution before you gear up for Pokémon hunting. As for me... I might have to stay away, not that I am not intrigued on playing the much acclaimed game but I do have other things to take care of rather than go catch virtual Pokémon which I can’t even pet. Sigh!
You think you can 'Catch Em All'?
Reactions:

July 31, 2018
Tried and Tested! For the past two months, I went through a very bad acne outburst phase. And when I say bad, it means BAD. So, with my knack for researching, I googled trying to find a cure or maybe at least some home remedies to treat my acne. But, a multiple trial and error and I gave up.  We know how pimple popping is more than just satisfying, hence the 'habit' left me with very bad scares on my forehead and chin, also I noticed more acne than I had in the first place.  Finally, a visit to my dermatologists came to my rescue. She prescribed  some medication i.e. face wash (I am coming to this), some anti-acne ointments, and a few capsules to take.  Obviously, I had to religiously follow the skin routine treatment, but in the hour of everything, there was this thing which I discovered… it was the face wash (Yep, the point of this blog, TBH) which I can give the entire credit to. AKA presenting to you my fountain of youth in a face wash (I am exaggerating a lil bit.) Ahaglow.…
9 comments
Read more

September 18, 2017
“He knows everything about her, right from her favorite books to her favorite bra. She knows everything about him, right from his favorite soccer club to his favorite x rated websites. He will complete her English homework, even at three in the night. She will arrange an Armani suit for him, even if it calls for flirting with ugly guys. He has her picture in his wallet. She has his number on speed dial. They talk to each other all the time. They talk about each other when they don't talk to each other. They discuss everything from periods to PlayStation. They have tasted alcohol and then thrown up...together. They have bunked countless tuitions... together. They can’t live without each other. YET they don't love each other. They are JUST FRIENDS...”
Can they be just friends? I mean a Boy and a Girl? This is a universal quest everyone is trying to find seek. Some say they can, while the rest says it's not possible. I am asking you this because the title of the book I will be re…
2 comments
Read more